GABE DEAN IS BACK 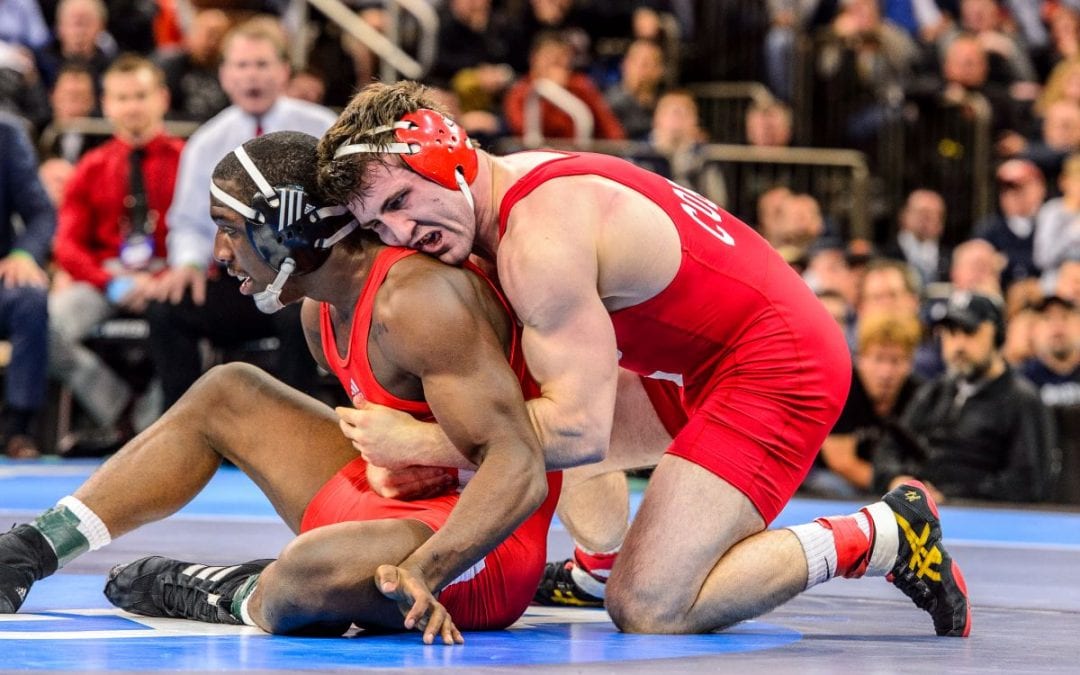 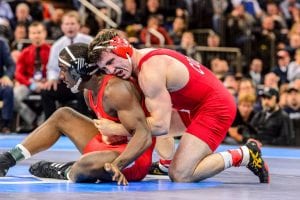 “This dude is so much better than he was in college, it’s not even funny,” said Yianni Diakomihalis in a tweet about one of his Cornell coaches, Gabe Dean.

Whether Diakomihalis was using hyperbole or not, it’s exciting that he’s talking about Dean the competitor. After all, it’s been over three years since Dean stepped on the mat for an official bout, as he has been focused on his responsibilities as a Big Red assistant coach.

However, with COVID-19 currently restricting recruiting and team activities, there’s been a bit of an opening in Dean’s schedule. So when FloWrestling reached out to him over a month ago to see if he would be interested in wrestling again, he welcomed the opportunity.

Most of these opponents are new for Dean. However, in his senior year of college, the Big Red star faced Martin twice, winning convincingly on both occasions. He also defeated Brooks two times. But Dean said those bouts are irrelevant as they were several years ago and in folkstyle.

“That doesn’t matter anymore,” he said. “Those guys have developed so much since then and I know they’ll be great challenges to overcome. I’m really looking forward to the opportunity to lay it all out on the line.”

Fans don’t have to wait until October 31 to watch Dean, however, as he registered for Senior Nationals on October 10 at 86 kilograms as well.

“I wasn’t originally planning to wrestle at Senior Nationals, but I thought, it’s been such a long time since I competed, I should probably get out there before going to the eight man bracket filled with national champs and All-Americans,” he said. “It’s coming up quick, so I don’t expect to be at my very best for [Senior Nationals], but I know the competition will prepare me.”

What would he consider a success in his return?

“Scoring a lot of points, being fun to watch and leaving it all on the mat,” he said. “Whether I’m winning or losing – I want to leave it all out there. No need to hold anything back.”

The Senior Nationals bracket will offer some of the same foes as the Flo event, as Martin, Foster, and Lujan are all currently enrolled. And so is a very familiar face – two-time Cornell All-American and NCAA finalist Max Dean, Gabe’s younger brother.

According to Gabe, there was no hesitation for either of them to sign up, but there was an open discussion about one possible scenario. What happens if the two are matched up?
“Max and I agreed that if we’re supposed to meet, I’d forfeit and let him continue to compete,” Gabe said. “We’re brothers and at the end of the day we support each other and have each other’s back. I’m his coach at this point – he comes first priority wise.”

Have they ever been faced with this situation before?

“No, not in real competition,” Gabe said. “I don’t think we ever would compete, but we do wrestle all the time.”

That’s been true for years. Gabe credits his sibling as well as training partners Kyle Dake and Scottie Boykin for helping him through this recent rapid transition.

“I worked with Kyle as he got ready for matches with Alex Dieringer and Frank Chamizo,” he said. “I learned a lot watching those guys wrestle and trying to mirror them. Working with Kyle made me a better wrestler. Max, Kyle, Scottie – they definitely make it tough on me. I know how fortunate I am to have them in the room, especially since they’re so different stylistically. Scottie is fast, explosive, and athletic and so is Kyle, but in a different way. Max has a great gas tank, wrestles so hard and is a really good hand fighter. They all give me different looks. It’s been a new kind of grind getting back into it. I’m lucky to have great partners and support. We enjoy training together.”

While talking to Dean, it’s clear that he’s also enjoying a return to the competitive mentality that goes back to his days as a championship quarterback at Lowell High School in Michigan, as well as his outstanding career on the mats at Cornell.

“I feel pretty calm, pretty at peace right now,” he said. “I’ve grown up a lot since college. I’m a lot more mature. I see this as a great opportunity to go out and try to conquer something new. I’m excited and really looking forward to it.”

Is this something he’s looking forward to for just the month of October? Or is it the start of a longer term comeback?

“I don’t know,” Dean said. “I’ll have to see where it goes. These couple of events will be a great test and challenge for me. We’ll see what happens after they’re over.”

For now, he’s embracing the new normal, getting back to a routine that in addition to wrestling focuses on “drinking the right amount of water, eating the right foods, staying disciplined in those areas, and running.”

He said the bumps and bruises are worth it.

“I’m feeling like an old man, almost,” he said with a laugh. “It’s been quite the grind. It’s not bad pain, though. I’d actually call it good soreness. I can’t lie – I’m having fun with it, even if I do feel like I’ve aged a bit.”

According to Diakomihalis, Dean has only gotten better with age.